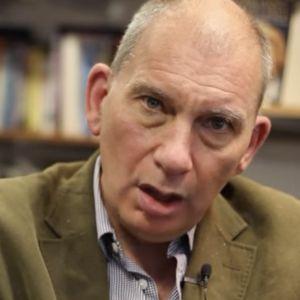 Nick Cohen, a British columnist, called for the immediate freeze of Rupert Murdoch’s assets. Cohen argued that Murdoch’s “Fox News presenters and Russia’s propagandists are so intermeshed that separating the two is as impossible as unbaking a cake.”

The columnist pointed to the examples of Tucker Carlson and RT as “ideologues” that regurgitate Kremlin talking points.

Cohen accused Carlson of being Russia’s favorite “quisling” and pushing “out Russian propaganda lines.” He even argued that in the US “there  remains a market for Putinism among a large minority of Republican voters.”

He cited Republicans’ “yearning for dictatorship” and “hatred of liberals in power is deeper” as signs of their illiberal tendencies that supposedly make them receptive to Russia and its geopolitical agenda.

On top of that, Cohen accused Murdoch of “boosting Russian morale and, conversely, undermining Ukrainian resolve by supplying a dictatorship with foreign validation.”

To address the perceived problem of Russian disinformation, Cohen alluded to the “UK’s sanctions regulations” that involve the British government’s ability to freeze an oligarch’s assets for allegedly “obtaining a benefit from or supporting the Government of Russia.”

Similarly, Cohen called attention to how the “Biden White House promises to punish those ‘responsible for providing the support necessary to underpin Putin’s war on Ukraine.’” Cohen contends that “On both interpretations, there is a plausible prosecution case for freezing the assets of Murdoch’s NewsCorp.”

What Cohen is calling for here is not only an assault on free speech but also constitutes a major violation of property rights. One need not be a fan of Murdoch to recognize the dangerous precedent Cohen’s proposal would set.