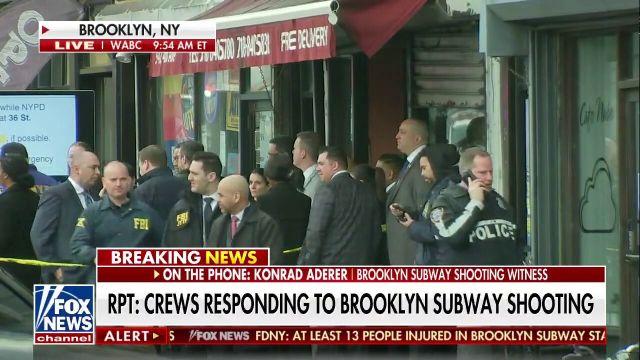 “I saw the individual from my video who was laid out in the middle of a platform bleeding out all over the place,” Sam Carcamo told co-hosts Bill Hemmer and Dana Perino. “People started rushing towards us, running towards us. One guy was screaming that it’s not worth your life to get videos and stuff. There was just a lot of commotion.”

The attack took place in the subway station in Sunset Park during morning rush hour. Officials are still looking for the suspect who reportedly fled the scene. At least 16 people have been injured, New York City Fire Department sources told Fox News.