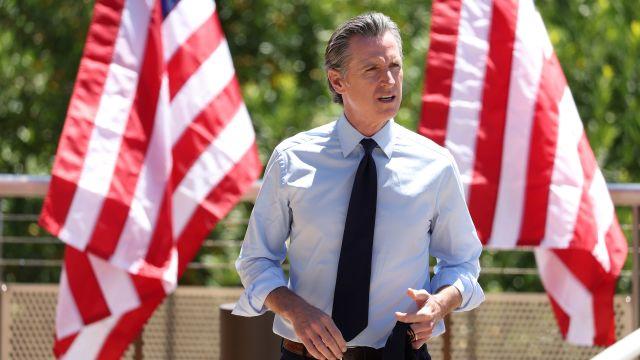 California Gov. Gavin Newsom on Friday announced a sweeping package of what he called the country’s “most aggressive” climate measures to “accelerate the state’s transition” to non-conventional energy sources.

The package includes 40 bills that appear to provide new green rules on laws related to things ranging from large-scale industry to the family home and private and public transportation.

The Democratic governor’s office said in a statement the package of climate change-focused measures aims to cut pollution and target “big polluters.”

It comes as America’s most populous state has struggled to provide stable electricity for residents amid a heat wave, which saw the state asking residents to use less power and suggest the best times to use air conditioners or charge electric cars.