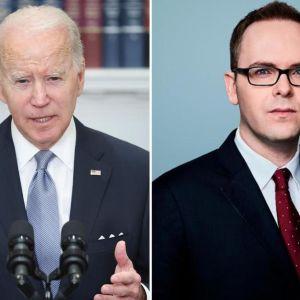 CNN’s fact checker Daniel Dale pushed back on President Biden’s recent claim that his policies had helped to reduce the federal deficit – revealing that one expert told him that the Democrat’s assertion was “almost bizarro world” in its misrepresentation of the situation.

“Let me remind you again: I reduced the federal deficit,” Biden said a speech last Wednesday. “All the talk about the deficit from my Republican friends, I love it. I’ve reduced $350 billion in my first year in office.”

Biden made the claim while touting his administration’s economic track record – despite fierce criticism from Republican lawmakers who argue his policies have contributed to rampant inflation and led the US economy to the brink of a recession.

During a Monday appearance on CNN’s “New Day” and in a separate article, Dale noted that the federal deficit had indeed declined during fiscal 2021. However, the deficit decline was originally expected to be even larger than the figure Biden referenced.

Dale added that economic experts “still scoffed at the idea that President Biden is personally responsible for having reduced the deficit.”