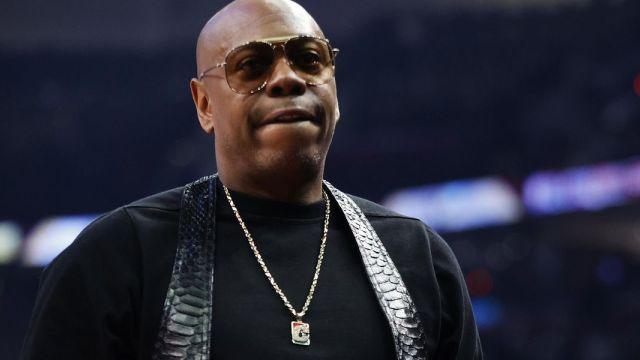 Chappelle was delivering a comedy set on Tuesday night when a man ran onto the stage and hurled himself at the actor and comedian, reportedly knocking him to the ground.

Quick as a a flash, Chappelle’s security team — and friend and actor Jamie Foxx, who was backstage at the time — rushed the stage, intervened in the attack, and dragged the assailant off of the stage.

According to reports, Chappelle’s security team pummeled the attacker to subdue him.

The Daily Mail reported that Chappelle continued the show and after the curtain call said, “Shout-out to Jamie Foxx, by the way. Whenever you’re in trouble, Jamie Foxx will show up in a sheriff’s hat.”

Foxx replied, “I thought that was part of the show, I didn’t know what the f***. … Listen, I just want to say, this man is an absolute genius. We’ve got to make sure we protect him at all times. … For every comedian who comes out here, this means everything. You’re a genius. You’re a legend, I enjoyed myself thoroughly, and we’re not going to let nothing happen to you.”

ABC News reporter Stephanie Wash tweeted that a spokesperson for the Los Angeles Police Department confirmed that a man who was armed with both a gun and knife was taken into custody following the incident.