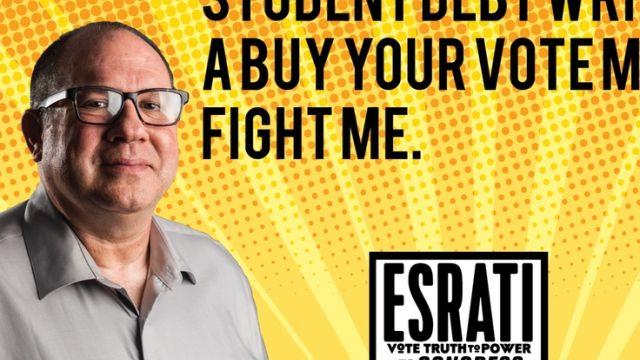 One Ohio Democrat is taking the idea of running away from the unpopular Joe Biden to a whole new level.

In a virtual town hall on Tuesday, Ohio Democrat David Esrati accused the president of corruption and called his son Hunter Biden a “dope fiend.”

“I know I’m a Democrat and everything, but do you want to tell me what Joe Biden’s done since he got elected when he was 27 years old?” said Esrati, the Democratic nominee for Ohio’s 10th Congressional District. “How does he own all those houses? How is he worth what he’s worth? I mean, yeah, a book deal here or there, but no, something isn’t right about going in and serving your country and getting to be a multimillionaire.”

Vulnerable Democratic House and Senate candidates across the country have distanced themselves from the president ahead of the midterm elections, portraying themselves to voters as independent and bipartisan politicians who aren’t afraid to challenge Biden on policy. But of Democratic congressional candidates’ criticism of Biden this cycle, Esrati’s fiery rebuke is unprecedented in its hostility.