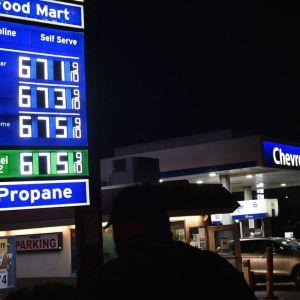 Diesel Fuel in Short Supply as Prices Surge; What It Means for Inflation

From CNBC — posted 2 weeks ago

Diesel prices are surging, contributing to inflationary headwinds due to the fuel’s vital role in the American and global economy. Tankers, trains and trucks all run on diesel. The fuel is also used across industries including farming, manufacturing, metals and mining.

“Diesel is the fuel that powers the economy,” said Patrick De Haan, head of petroleum analysis at GasBuddy. Higher prices are “certainly going to translate into more expensive goods,” he said, since these higher fuel costs will be passed along to consumers. “Especially at the grocery store, the hardware store, anywhere you shop.”

In other words, the impacts will be felt across the economy.

The jump in prices comes on the heels of growing demand as economies around the world get back to business. This, in turn, has pushed inventories to historic lows. Products like diesel, heating oil and jet fuel are known as “middle distillates,” since they are made from the middle of the boiling range when oil is turned into products.

U.S. distillate inventory is now at the lowest level in more than decade. The move is even more extreme on the East Coast, where stockpiles are at the lowest since 1996. Diesel and jet fuel at New York harbor are now trading well above $200 per barrel, according to UBS.