Ed Henry Sticks It to Former Colleagues Over 2020 Coverage: Fox Tried to ‘Off Trump on Election Night’ 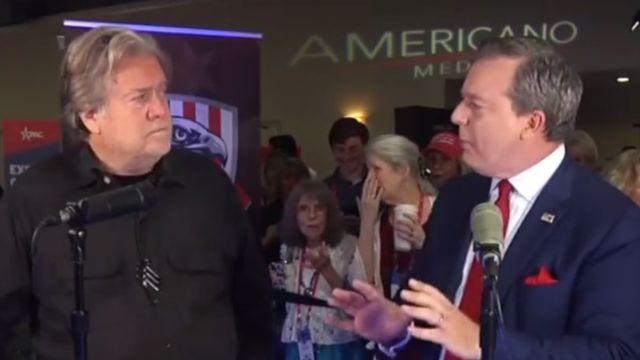 Real America’s Voice anchor Ed Henry joined embattled War Room icon Steve Bannon at CPAC Texas on Friday and accused his former colleagues at Fox  News of “trying to off [former President Donald] Trump” on the night of the 2020 election.

“At Real America’s Voice, I got a new perspective on things,” the former Fox News host and White House correspondent told Bannon. “I was off the field for a little while. And I watched, and it was embarrassing to watch my colleagues at FOX and elsewhere.”

“Old colleagues,” Henry recalled, “the way they were sycophantic towards the mainstream. Fox trying to cozy up to Biden, trying to off Trump on election night. That’s what they tried to do.”

“You saw that?” asked Bannon.

“I saw that from the outside,” Henry replied. “I was fired from Fox before that.”

PREVIOUSSocial Security Payments: Millions of SSI Recipients to Get Two Checks Worth Up to $1,652 Next Month TO HOME PAGE NEXTMusk Says Twitter Deal Should Go Ahead if It Provides Proof of Real Accounts