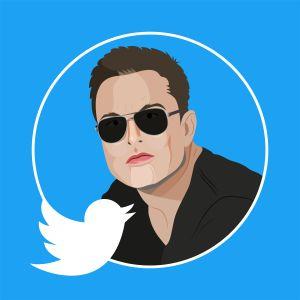 Elon Musk Responds to Putin Ally’s Warning: ‘If I Die Under Mysterious Circumstances, It’s Been Nice Knowin’ Ya.'

A close ally of Russian President Vladimir Putin in a social media post Sunday accused Elon Musk of supplying Starlink Internet terminals to the Ukrainian military and warned the billionaire entrepreneur he would be held accountable.

The ominous Telegram message from Dmitry Rogozin, head of Russia’s Roscosmos space agency, prompted Musk – the CEO of SpaceX and Tesla, and Twitter’s new owner – to tweet to his 91.5 million followers, “If I die under mysterious circumstances, it’s been nice knowin’ ya.”

“That’s not funny,” interjected Musk’s mother, Maye, to which Musk replied, “Sorry! I will do my best to stay alive.”

The involvement in Ukraine has not been secret. Starlink terminals sent to the country earlier this year enable Ukrainians to access the Internet, bypassing connections that have been disrupted by the Russian invasion.

Moreover, USAID said last month it had provided 5,000 Starlink terminals to the Ukrainian government, to “allow public officials and critical citizen service providers to continue to communicate within Ukraine and with the outside world, even if Putin’s brutal aggression severs Ukraine’s fiber optic or cellular communication infrastructure connections.”

But Rogozin in his Russian-language Telegram post accused Musk of having provided terminals to Ukrainian military forces, including the Azov Battalion which the Kremlin characterizes as a neo-Nazi entity.