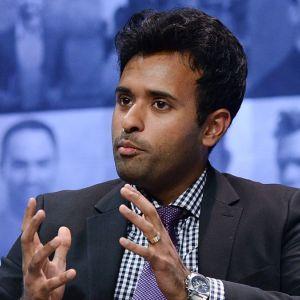 Entrepreneur Vivek Ramaswamy, who launched a new fund to take on woke corporations, reveled in a “flood of job applicants” from competing asset managers on Tuesday afternoon.

Ramaswamy — a former pharmaceutical CEO who left his company over frustration with corporate wokeness — recently launched Strive, an asset management firm based in Ohio that will invest in companies with an “excellence capitalism” approach. Instead of pushing “stakeholder capitalism” and other progressive viewpoints on firms in its portfolio, Strive will encourage firms to pursue maximizing profits for shareholders.

On Twitter, Ramaswamy said that “impressive” applicants are already soliciting his company.

“Really enjoying the flood of job applicants… including from BlackRock, State Street, and Vanguard who say they are ‘fed up’ with the nonsense,” Ramaswamy tweeted. “Impressive backgrounds too, I’ll give our competitors some credit there.”

In multiple media hits, Ramaswamy argued that ESG — the progressive investment philosophy that emphasizes “social responsibility” in addition to profits — has no track record of success. “There’s no evidence that ESG outperforms, despite the claims made by some of the world’s largest asset managers and their CEOs,” he said in an interview with CNBC.