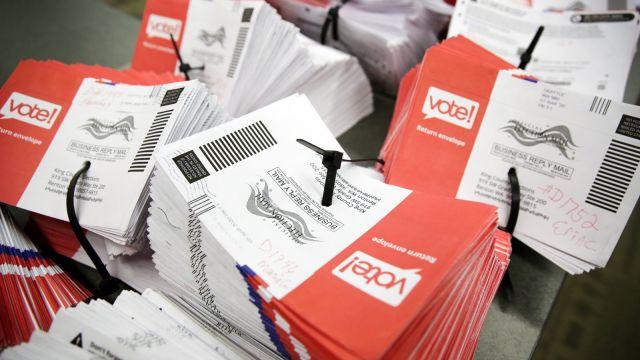 The fake news is laying the groundwork for another vote steal in the U.S. senate elections in the upcoming midterms in November.

A Politico article titled, “Why we may not know who won the Senate on Election Day,” explains how “issues with state law that caused the 2020 election results to drag out for days are still in play in key 2022 states.”

“Then-President Donald Trump used the delays counting mail ballots after Election Day to sow confusion and baseless conspiracy theories about the validity of the vote count, igniting a movement to overturn the results that led to the riot at the Capitol on Jan. 6, 2021,” the report stated.

“Now, Trump-aligned candidates on the ballot have signaled they could mimic the former president and use any delays in 2022 to undermine confidence in the results again,” it added.

The article tried to paint election officials, some of the most corrupt government bureaucrats in the country, in a sympathetic light for being unable and/or unwilling to do their jobs in a timely and expedient manner.