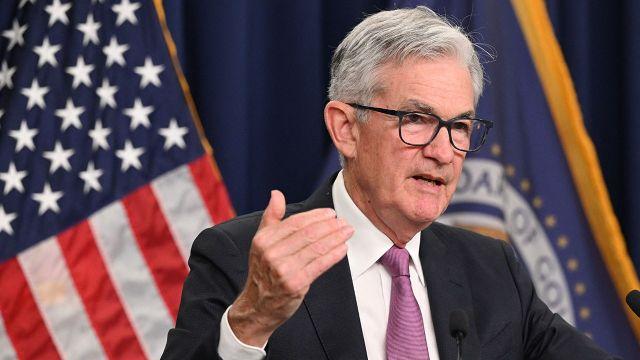 The Federal Reserve enacted its third consecutive 75 basis point interest rate hike as it attempts to cool inflation with triggering an economic recessiThe Federal Reserve on Wednesday raised its benchmark interest rate by 75 basis points for the third straight month as it struggles to bring scorching-hot inflation under control, a move that threatens to slow U.S. economic growth and exacerbate financial pain for millions of households and businesses.

The three-quarter percentage point hikes in June, July and September — the most aggressive series of increases since 1994 — underscore just how serious Fed officials are about tackling the inflation crisis after a string of alarming economic reports. Policymakers voted unanimously to approve the latest super-sized hike.

The move puts the key benchmark federal funds rate at a range of 3% to 3.25%, the highest since before the 2008 financial crisis. It marks the fifth consecutive rate increase this year.

PREVIOUSTrump Says He Could Declassify Documents ‘By Thinking about It’ TO HOME PAGE NEXTNew Docs and Whistleblowers Reveal Joe Biden Was Deeply Involved with Selling U.S. Natural Gas to Chicoms