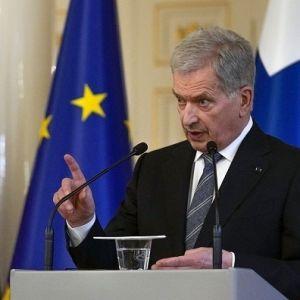 Finland about to Join NATO: ‘You Caused This,’ Finnish President Tells Putin

(CNSNews.com) – In a joint statement released on Thursday, the president and prime minister of Finland announced that Finland “must apply for NATO membership without delay” for its own security.

“We hope that the national steps still needed to make this decision will be taken rapidly within the next few days,” said President Sauli Niinistö and Prime Minister Sanna Marin.

Joining NATO would end decades of military non-alignment by Finland.  President Sauli Niinistö had a message on Wednesday for Russian President Vladimir Putin: “You caused this – look at the mirror.”

Niinistö recalled that in past years, Russia had spoken vaguely about countermeasures it would take in the event that Finland or Sweden join NATO, and had referred to their neutrality as helping to ensure stability in the Baltic Sea region.

However, that changed late last year, with Moscow’s demand that neither Finland nor Sweden consider NATO membership, he said at a press conference in Helsinki.