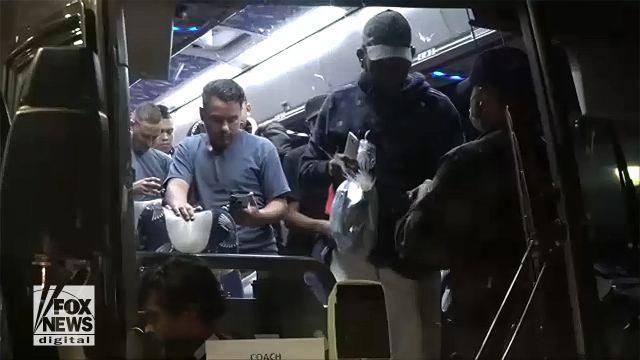 The first busload of illegal migrants from Texas has been dropped off in New York City.

Roughly 50 migrants arrived at a Port Authority in New York City on Friday. They were greeted and brought into the custody of non-governmental charity workers and volunteers.

The bus of illegal migrants was sent by Texas Gov. Greg Abbott, who has been shipping border-crossers into liberal cities to bring attention to the issue of illegal immigration in his own state.

“Because of President Biden’s continued refusal to acknowledge the crisis caused by his open border policies, the State of Texas has had to take unprecedented action to keep our communities safe,” said Abbott.

Texas is continuing its campaign to get the federal government’s attention as more illegal migrants arrive at the nation’s capital from Texas by bus.

“In addition to Washington, D.C., New York City is the ideal destination for these migrants, who can receive the abundance of city services and housing that Mayor Eric Adams has boasted about within the sanctuary city. I hope he follows through on his promise of welcoming all migrants with open arms so that our overrun and overwhelmed border towns can find relief.”