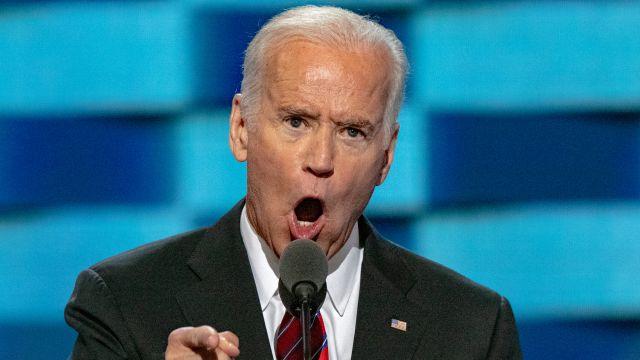 Joe Biden’s past reveals a President who has clearly evolved in his thinking when it comes to the Supreme Court’s landmark Roe v. Wade decision that legalized abortion.

Earlier this week, a clearly agitated Biden told reporters that he was concerned about a leaked draft from the court indicating they are prepared to overturn the 1973 decision.

“Look, the idea, it concerns me, that we’re gonna, after 50 years, decide a woman does not have the right to choose, number one,” Biden said. “But, equally as profound is the rationale, and it remained the every other decision in the notion of privacy is brought into question.”

The new face of the pro-abortion movement went on to declare the draft decision, should it come to fruition, was “radical” in nature and pushed for the codification of legal abortion into law.

“At the federal level, we will need more pro-choice Senators and a pro-choice majority in the House to adopt legislation that codifies Roe, which I will work to pass and sign into law,” Biden said.

But earlier in his career, the Catholic Biden supported a Constitutional Amendment to overturn Roe and other pro-life positions.

It’s a long evolution for President Biden who during his Senate years regularly touted his Catholic credentials.

In fact, in his early Senate career, Biden claimed the Supreme Court went “too far” in their Roe v. Wade decision on abortion rights.

“I don’t like the Supreme Court decision on abortion. I think it went too far,” he said in a Washingtonian magazine interview in 1973. “I don’t think that a woman has the sole right to say what should happen to her body.”

Can you imagine those same words uttered today?