Insufferable Geraldo Loses It when Greg Gutfeld Lays out His Pro-Life Stance: 'You Insulting Punk!' 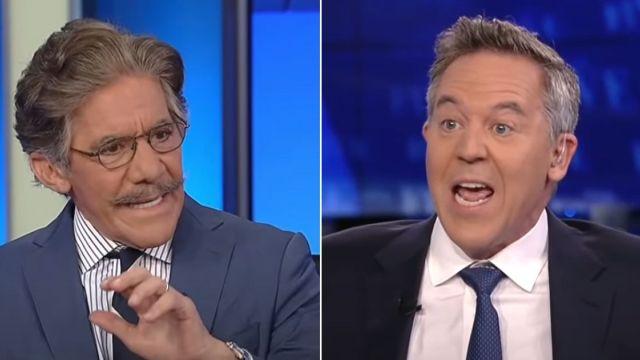 The unbridled emotion unleashed across America by the leak of a draft Supreme Court decision showing that justices could overturn the Roe v. Wade decision legalizing abortion flared on Fox News’ “The Five” Wednesday as Greg Gutfeld and Geraldo Rivera clashed in a debate that began with principles and devolved into insults.

It started when Rivera declared that the justices nominated by former President Donald Trump — Neil Gorsuch, Brett Kavanaugh and Amy Coney Barrett — had planned all along to reverse the 1973 ruling.

“What this shows is that the Senate confirmation process by which a nominee is interrogated by both parties and give their reasons why they are fit to be on the high court, is absolutely, deeply flawed,” he said.

“Why? Because these nominees lied. They go before the Senate of the United States, they swear that they are going to be judicious and good, you know, shepherds of the court and its impartiality in the importance it has in the American society, and that the stare decisis that the precedent of these cases is well established,” Rivera said.

“And then they turn around the minute they get in the high court, they make a decision that is so dramatically opposed to what they said during the confirmation hearing,” he said. “Shame on them.

“Shame on Gorsuch. Shame on Coney Barrett. Shame on Kavanaugh. They knew … that they were going to vote to reverse or overthrow Roe v. Wade. They knew it and they lied about it.”

Rivera went on to say he fears that his three daughters in Ohio will be impacted by a so-called heartbeat bill that could take effect there if Roe v. Wade is overturned. Heartbeat bills outlaw abortion after a fetal heartbeat is detected.

“What am I going to tell my daughters now?” Rivera said. “That they don’t have control over their body? That they can’t make those choices for themselves?”

Gutfeld entered the debate after a clip was shown of Joy Behar of “The View” and others attacking the possible overturning of Roe v. Wade. “Don’t think this is just a war on women. It could be a war on people of color and gay people,” Behar said.

“This is why pro-lifers win,” Gutfeld said. “Because they can state their case so plainly. You ask somebody why they’re pro-life, they will say, ‘Because abortion takes a life and we believe life is sacred.’