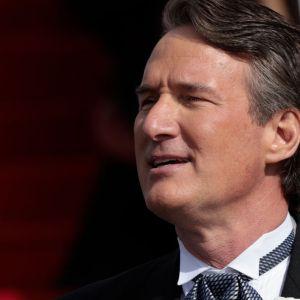 Youngkin sent a letter to the Fairfax County Board confirming that the request was a response to the continued and credible threat posed by ongoing planned demonstrations outside the homes of sitting justices, three of whom reside in Fairfax County.

“I am writing to respectfully request that the Fairfax County Police Department establish an expanded security perimeter around the homes of the three current Supreme Court Justices who reside in Fairfax County,” Younkgin’s letter began.

“This request is based on credible and specific information received about upcoming activities planned at or involving the homes of the Justices in Fairfax County. We believe for the safety of the Justices and their families, their neighbors, and the law enforcement heroes dedicated to preserving peace and order in our communities, that an expanded security perimeter should be established,” Youngkin continued, noting that a well-defined perimeter would not only ensure safety and security of the Justices and their neighbors but for the protesters as well.

Youngkin also noted that the Virginia State Police were prepared to offer backup to local law enforcement officers should the need arise.