Sen. John Kennedy Says 'We Already Had a Plan to Repay Student Debt; It's Called a Job' 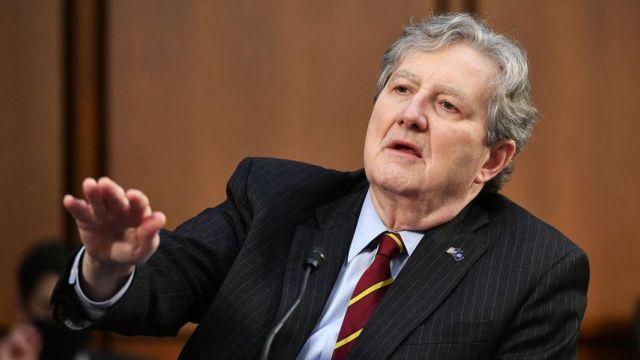 The Biden administration announced a plan to cancel massive amounts of federal student loan debt, but Republican Sen. John Kennedy of Louisiana has pointed out that “we already had a plan to repay student debt. It’s called a job. And it was workin’ just fine.”

During an appearance last week on “Hannity,” the lawmaker also said that “President Biden is inflation’s best friend,” and that “[i]nflation loves President Biden like the devil loves sin.”

A group of 22 GOP governors joined together in a letter urging the president to ditch the student loan cancellation proposal.