What Republicans Plan to Do if They Capture House in Midterms 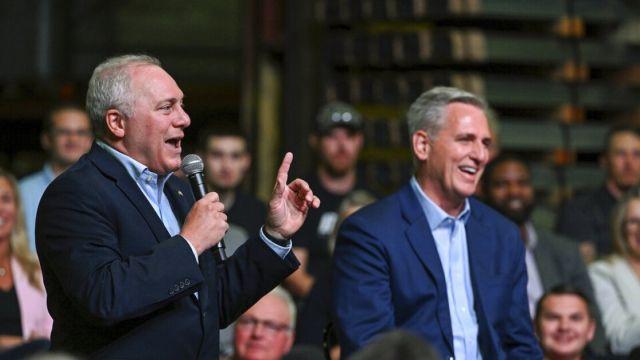 Voters are seven weeks away from casting their ballots in the midterm elections, but House Republicans already have their sights set on what they want to achieve if they manage to recapture the House.

After weeks of weathering stiff criticism from Democrats for being tight-lipped with a comprehensive legislative agenda, House Minority Leader Kevin McCarthy unveiled the so-called “Commitment to America” agenda laying out the broad strokes of what Republicans want to do.

The first item on the agenda is to “repeal 87,000 IRS” agents whom Democrats have sought to hire following the passage of the Inflation Reduction Act last month. Democrats have contended that beefing up the IRS is a necessary step to crack down on tax evasion and increase government revenue.

They also added roughly $80 billion in funding to the IRS over the next decade in the Inflation Reduction Act. Republicans have sought to unwind the provision, arguing it is too intrusive to everyday taxpayers.

“On that very first day that we’re sworn in, you’ll see that it all changes,” McCarthy declared during an unveiling of the agenda Friday. “Because on our very first bill, we’re going to repeal 87,000 IRS agents. Our job is to work for you, not go after you. Our job is to make America stronger.”