MTG Moves to Impeach Biden for Draining US Oil Reserves, Selling to Enemies of U.S. 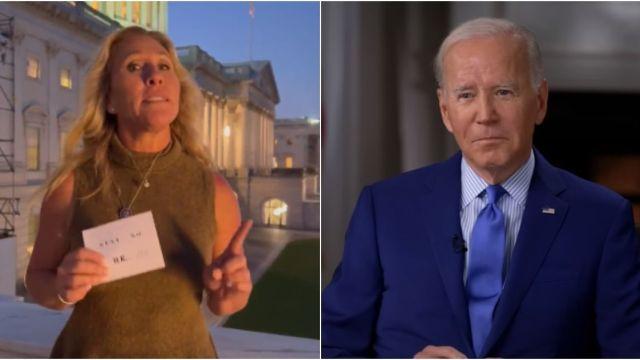 Rep. Marjorie Taylor Greene (R-GA) officially introduced Articles of Impeachment against President Biden on Monday for selling off our Strategic Oil Reservices to the highest bidder which will almost certainly include our enemies.

Greene’s move follows the Department of Energy announcing on Monday that it is auctioning off 10 million barrels of oil from the Strategic Petroleum Reserve (SPR).

“I just introduced Articles of Impeachment on President Joe Biden. Joe Biden is selling our strategic petroleum reserves. This should never happen. He is draining our reserves and selling our oil. American’s oil to foreign countries and China is a top buyer,” Greene stated in a video released on Twitter.

“China’s our enemy, they are not our friend. They’re buying American’s oil,” she proclaimed.