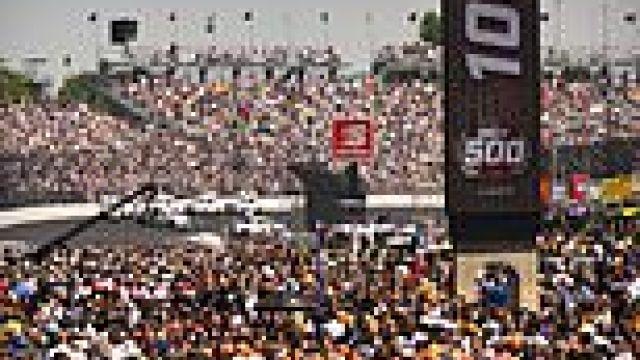 Crowds are finally back at the Indy 500, after two years of restrictions brought on by the pandemic.

Dubbed ‘The Greatest Spectacle in Racing,’ the event at Indianapolis Motor Speedway – the world’s largest sports seating facility with a capacity of 257,325 –  is the largest single-day sporting event in the world, typically welcoming more than 300,000 spectators.

Organizers welcomed a crowd of over 325,000 Sunday after restrictions for the much-lauded race were at last lifted – a number that will see the stadium packed to a point not seen in 20 years, they say, with more than 70,000 fans forced to stand as a result.

In May 2020, two months before the coronavirus surfaced in the US, organizers were forced to postpone the famed 200-lap race until August. The event was later held without any fans in attendance.

Last year, fans returned to the event, but not in full force, with only 135,000 allowed to attend, just 40 percent of available ticketing.

This year, the Indianapolis Motor Speedway is allowing fans back at full capacity, as its 106th race kicks off Sunday.