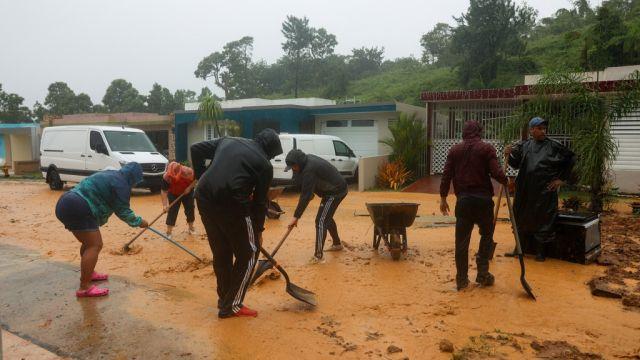 After making landfall along the extreme southwestern coast of Puerto Rico on Sunday afternoon, Hurricane Fiona made a second landfall about 12 hours later in the eastern Dominican Republic early Monday morning.

Maximum sustained winds for Fiona’s first landfall in Puerto Rico were estimated at about 85 mph, making it a Category 1 hurricane on the Saffir-Simpson Hurricane Wind Scale. High winds were reported across the island on Sunday, including a 103-mph wind gust in the city of Ponce.

Hurricane Fiona was slightly stronger for its second landfall in the Dominican Republic, with maximum sustained winds estimated at about 90 mph – still a Category 1 hurricane. The Punta Cana International Airport clocked a 79-mph wind gust near the time of landfall in the pre-dawn hours of Monday.