JPMorgan CEO and Chairman Jamie Dimon: Americans Are Being ‘Crushed’ by Inflation 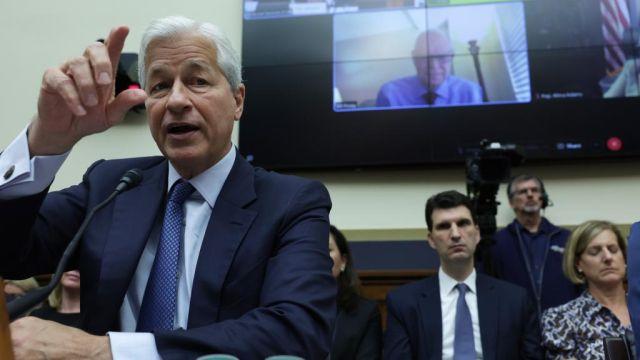 In what has become an annual ritual, the CEOs of the major US banks appeared in front of Congress on Wednesday to sell themselves as shepherds of a helpful industry at a time of financial and economic distress for many Americans.

Democrats called JPMorgan Chase, Bank of America, Wells Fargo and Citigroup to Washington to talk about pocketbook issues as households contend with the highest inflation since the early 1980s and the midterm election looms just weeks away.

“While COVID is behind us, the economic challenges we are now facing are no less daunting,” said Citigroup CEO Jane Fraser, in remarks prepared for the hearing. The hearing broke for recess just before the Federal Reserve announced a 3/4-point hike to its benchmark interest rate as the central bank tries to contain inflation.

Along with Fraser, JPMorgan CEO and Chairman Jamie Dimon, gave a darker than normal outlook. Dimon said that Americans are currently being “crushed” by inflation.