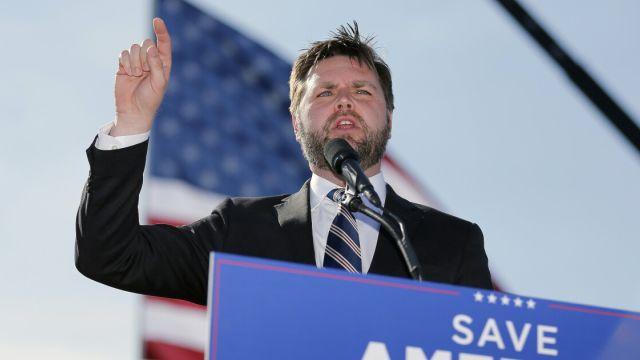 J.D. Vance has expanded his lead over Tim Ryan (D-OH) in the Ohio Senate race, positioning himself with a lead of 4 percentage points less than two months before Election Day.

Roughly 44% of voters say they’d back Vance in the election compared to just 40% for Ryan, according to a new poll from Emerson College and the Hill, giving a sign of hope to Republicans in a high-profile race that is likely to determine which party will control the Senate for the next two years. Another 13% said they were still undecided, and 3% said they’d vote for someone else.

The latest polling hints at growing momentum for the Republican candidate, expanding his lead from a month ago when he led Ryan by only 3 percentage points. The race is expected to lean Republican, according to analysts, but Democrats view the open seat being vacated by Sen. Rob Portman (R-OH) as a possible pickup opportunity.