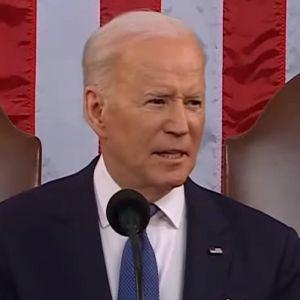 From Life News — posted 2 weeks ago

During a fundraising speech to top Democrat donors last night, Joe Biden slammed the “brutality” of the Supreme Court’s draft ruling overturning Roe v. Wade but ignored the brutality of how babies are dismembered in abortions.

Biden spoke at a Democratic National Committee Fundraiser Wednesday night at the Marriott Marquis Chicago, where he devoted several minutes to blasting Supreme Court Justice Samuel Alito’s draft of a ruling to reverse Roe, which allowed abortion on demand throughout pregnancy.

Biden bragged about how he led the fight to stop conservative Supreme Court nominee Robert Bork, who could have been an earlier vote to overturn Roe years ago and protect millions of babies from abortions. And then he went on to discuss the “brutality” of the draft opinion.

“(W)hat we’re talking about here. It’s not only the brutality of taking away a woman’s right to control her own body and all the damage that does physically, psychologically, practically,” Biden said, “But it also, if you read the opinion — if it turns out to be the same opinion — basically says there is no such thing as a right to privacy.”