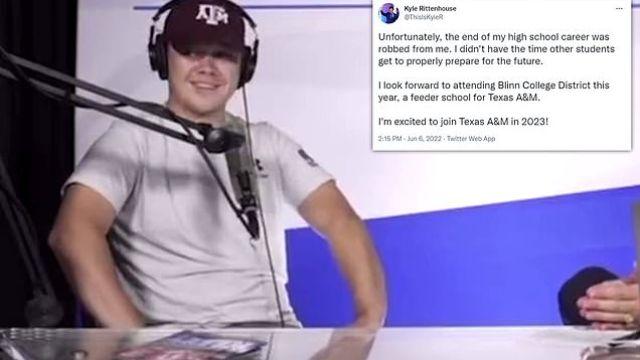 Kyle Rittenhouse has insisted he will attended Texas A&M next year after the university said he was not enrolled as a student.

Last Friday Rittenhouse, who was acquitted on murder charges last year after fatally shooting two men during the 2020 Kenosha riots, announced on the Charlie Kirk Show he would be attending Texas A&M.

The 19-year-old put on a maroon A&M cap, as Kirk said ‘Wow, Kyle Rittenhouse is announcing he’s an Aggie’ – the nickname for students there.

But a Texas A&M spokesperson told the Texas Tribune Sunday he had not actually been accepted to the school and would not confirm if he had even applied.

Then on Monday Rittenhouse clarified he would be going to Blinn College and using it as a ‘feeder school’ for the university.