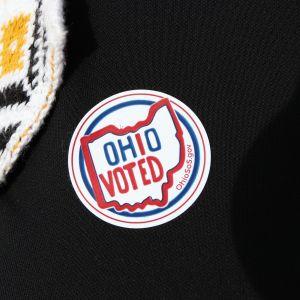 Make No Mistake about It, Tucker Carlson Won Big in Ohio

The left loves to hate on those who speak truths they’d rather not hear. Elon Musk was once their darling until he came out for free speech. Extremists also hate Tucker Carlson, the popular news and opinion host at Fox News, because he has been particularly effective in pointing out the hypocrisy, inconsistency and outright insanity of the far left. They want his show cancelled and him silenced. They’ve even staged protests at Tucker’s home in hopes of intimidating his family. That is how the left works — notice the recent protests at the homes of Supreme Court justices.

Despite all the hate from the left, Tucker Carlson and the ideas he advocates had a very good night this past week in Ohio. One doesn’t have to agree with every opinion expressed by Tucker — he’s expressed literally thousands and thousands of opinions, so it would be normal to have some differences with even like-minded people. But no one can deny that Ohio’s primaries showed that Tucker is on to something big and that conservative, America-first ideas are popular.

Ohio is broadly seen as a bellwether because the state has historically been representative of the nation’s voting patterns in several ways. So what do the Ohio GOP primaries tell us? Twenty-two out of 22 candidates who represented a conservative, America-first political approach won in the primaries. Additionally, GOP voters outnumbered the opposition by 2 to 1 in the US Senate primary. Simply stated, the Make America Great Again (MAGA) approach batted a perfect one thousand and energized voters, proving that the MAGA agenda is far more supported than the Left is willing to admit.

Tucker was also the first major supporter of J.D. Vance’s Senate candidacy — a political newcomer who easily won the GOP primary. While Vance garnered other endorsements, including Trump’s, most came at the last minute, and Tucker’s early support helped build Vance’s support and credibility. Tucker’s endorsement of Vance not only hit back at the left but also dealt the more establishment, anti-MAGA Republicans in the state who had endorsed more moderate candidates a stinging defeat.