Rep. Marjorie Taylor Greene Reports Jimmy Kimmel to Capitol Police after He Implies Will Smith Should Slap Her 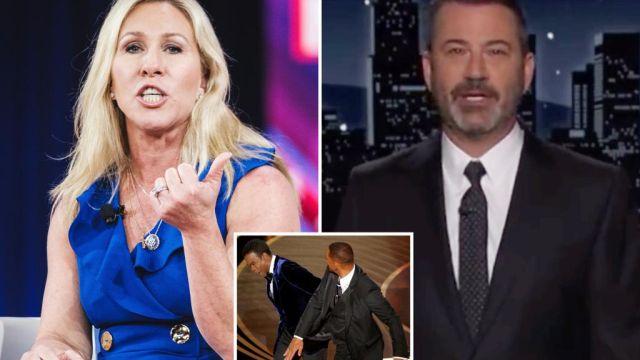 Rep. Marjorie Taylor Greene said late Wednesday that she had reported Jimmy Kimmel to Capitol Police after the late-night host joked on air that Will Smith should slap her.

Greene (R-Ga.) tweeted that Kimmel’s wisecrack — which referenced Smith slapping Chris Rock at the Oscars — amounted to a “threat of violence.”

“ABC, this threat of violence against me by @jimmykimmel has been filed with the @CapitolPolice,” she tweeted.