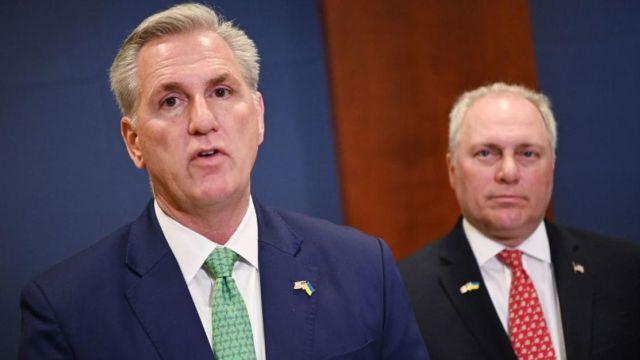 House Republican leader Kevin McCarthy said Friday the GOP would repeal the funding that Democrats signed into law to hire as many as 87,000 new IRS agents, in publicly touting his vision for a Republican-led lower chamber next year.

The $80 billion is spending for the agents is part of the Democrats’ Inflation Reduction Act that President Biden recently signed.

McCarthy, poised to be House majority leader if Republicans retake control of the chamber in the November elections, made the statement in Monongahela, Pa., where he and other GOP House leaders formally unveiled their “Commitment to America” agenda.