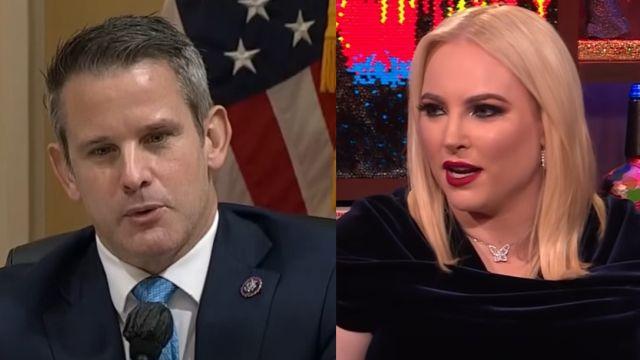 ‘RINO’ Republican Adam Kinzinger’s tendency to shoot from the hip on Twitter has drawn an angry response from Meghan McCain after the outgoing congressman called her husband a “piece of human garbage” during a heated exchange on the social media platform.

The emotional Kinzinger was triggered by an exchange between McCain’s husband Ben Domenech and a former Marine Corps officer who penned an op-ed for Fox News accusing Republicans of turning their backs on veterans by blocking a bill ostensibly to expand health benefits for vets exposed to toxic substances including from burn pits that was used by Democrats to cloak hundreds of billions in pork and pet projects.

In his Fox News column, Lucas Kunce who detailed his own health problems stemming from being in proximity to the burn pits while stationed in Iraq, shamed GOP senators and called for an end to the filibuster, the last remaining obstacle to the tyranny of a power-drunk Democratic Party that views the nation’s institutions with extreme content, particularly the legislative procedure that protects the minority.

Domenech, who in addition to being McCain’s husband is also the co-founder of the conservative website The Federalist, shot back at Kunce over his demand to blow up the filibuster.

“What authoritarian horsecrap,” he wrote. “You do not get to sweep away the tenets of government because it doesn’t accord to your wishes.”