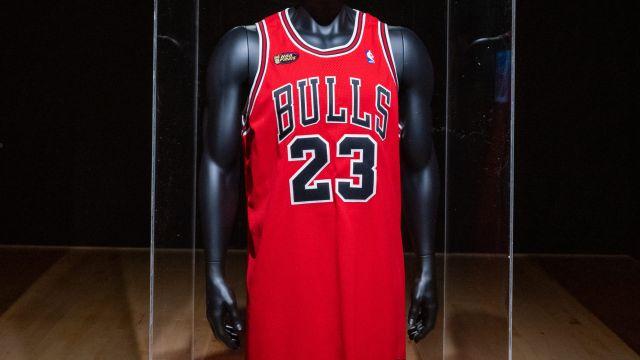 A jersey worn by basketball legend Michael Jordan in the first game of the 1998 NBA Finals has sold for $10.1 million, breaking the record for game-worn sports memorabilia.

The jersey is also the most expensive Jordan item ever sold, surpassing an autographed card that sold for $2.7 million. Sotheby’s had expected up to a $5 million winning bid, but 20 offers drove the price to double that estimate.

Jordan wore the jersey on the way to his sixth NBA championship with the Chicago Bulls, a journey chronicled in the popular TV series “The Last Dance.” At the time, the 1998 Finals were the most-watched in history, as viewers across the globe tuned in to see the star’s last run with the likes of Phil Jackson, Scottie Pippen, Dennis Rodman and Steve Kerr.