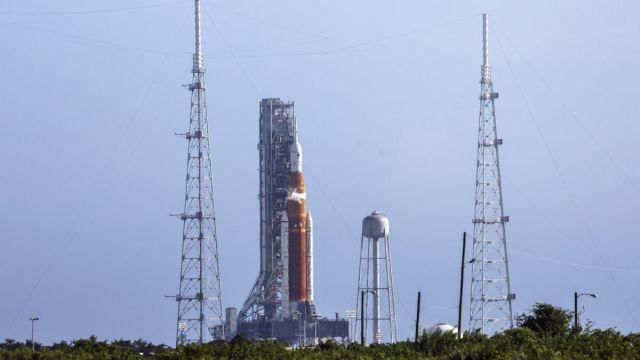 The first attempt earlier in the week was also marred by escaping hydrogen, but those leaks were elsewhere on the 322-foot (98-meter) rocket, the most powerful ever built by NASA.

There was no immediate word on when NASA might try again. After Tuesday, a two-week launch blackout period kicks in. Extensive fuel leak repairs could require that the rocket be hauled off the pad and back into its hangar, possibly pushing the flight into October.