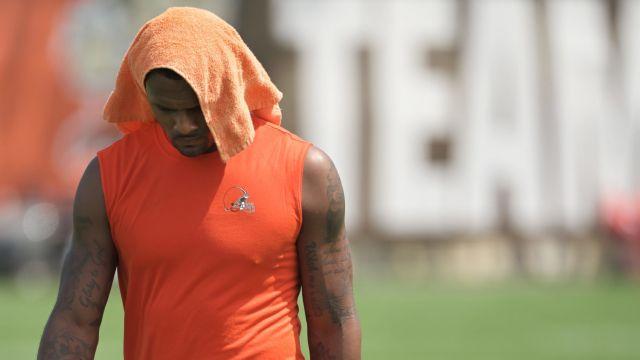 According to CBS Sports NFL insider Jonathan Jones, the NFL is seeking to change the six-game suspension to an indefinite one, lasting a minimum of one year. The NFL filed its brief Wednesday afternoon and, in addition to the suspension, is reportedly seeking a monetary fine and treatment for the Browns quarterback, according to ESPN.

Former federal judge Sue L. Robinson suspended Watson on Monday for six games in the upcoming NFL season, after more than 20 women accused the star quarterback of sexual misconduct. Robinson found that Watson, who has denied the allegations, had violated the NFL’s personal conduct policy.