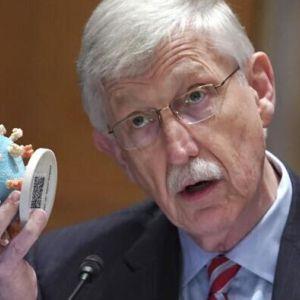 Nonprofit Watchdog Uncovers $350 Million in Secret Payments to Fauci, Collins, and Others at NIH

From ZeroHedge — posted 2 weeks ago

An estimated $350 million in undisclosed royalties were paid to the National Institutes of Health (NIH) and hundreds of its scientists, including the agency’s recently departed director, Dr. Francis Collins, and Dr. Anthony Fauci, according to a nonprofit government watchdog.

“We estimate that up to $350 million in royalties from third parties were paid to NIH scientists during the fiscal years between 2010 and 2020,” Open the Books CEO Adam Andrzejewski told reporters in a telephone news conference on May 9.

“We draw that conclusion because, in the first five years, there has been $134 million that we have been able to quantify of top-line numbers that flowed from third-party payers, meaning pharmaceutical companies or other payers, to NIH scientists.”

“We now know that there are 1,675 scientists that received payments during that period, at least one payment. In fiscal year 2014, for instance, $36 million was paid out and that is on average $21,100 per scientist,” Andrzejewski said.

“We also find that during this period, leadership at NIH was involved in receiving third-party payments. For instance, Francis Collins, the immediate past director of NIH, received 14 payments. Dr. Anthony Fauci received 23 payments and his deputy, Clifford Lane, received eight payments.”

Collins resigned as NIH director in December 2021 after 12 years of leading the world’s largest public health agency. Fauci is the longtime head of NIH’s National Institute for Allergies and Infectious Diseases (NIAID), as well as chief medical adviser to President Joe Biden. Lane is the deputy director of NIAID, under Fauci.