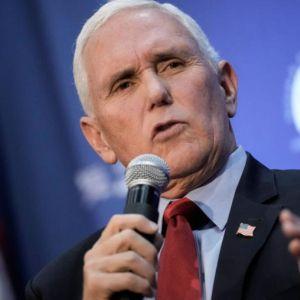 Former Vice President Mike Pence will join incumbent Georgia GOP Gov. Brian Kemp on the campaign trail ahead of the state’s May 24 primary – marking another 2022 midterm race in which a top member of the Trump administration is not supporting a candidate endorsed by the former president.

“Brian Kemp is one of the most successful conservative governors in America,” recently said Pence, who since leaving the White House has essentially parted ways with former President Trump. “He built a safer and stronger Georgia by cutting taxes, empowering parents and investing in teachers, funding law enforcement, and standing strong for the right to life.”

Pence, a former Indiana congressman and Indiana governor, has been making campaign stops around the country for roughly the past 18 months on behalf of Republican candidates.

In recent months, several members of the former vice president’s staff have hopped aboard the Kemp campaign, including most recently top Pence adviser Marc Short.