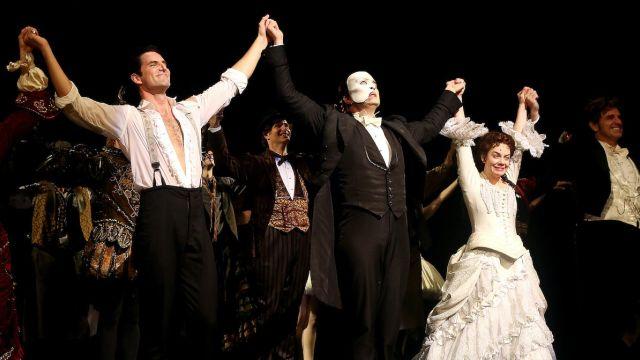 Ticket sales for “The Phantom of the Opera” soared just after the long-running Broadway show announced it would be closing forever.

“The tills are alive with the sound of the music of the night!” producer Cameron Mackintosh told The New York Post of the increased revenue as the show’s end looms. Apparently, it raked in $2 million in sales following the announcement. But this renewed popularity will not change the fact that “Phantom of the Opera” will close in February.

The award-winning show will be staging a huge party for its 35th anniversary, then shutting down for good shortly after. There have been 13,000 performances at the Majestic Theatre in New York City since opening on January 26, 1988, making it the longest-running show on Broadway. The producer mentioned how “Chicago” is the second longest and costs less to run.

“Everyone thinks these shows can go on forever, but you can’t run a big show at these margins anymore,” the producer told The Post.