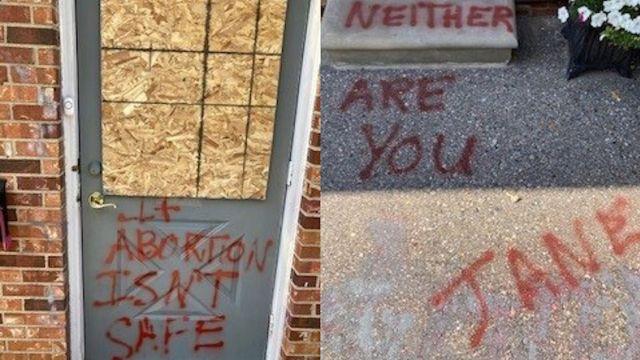 The Detroit Catholic reports several windows were smashed and red spray-painted graffiti was written across the Mother and Unborn Baby Care organization on Sept. 16 in Southfield.

Based on security footage, it appears that two women in hooded sweatshirts wrote, “If abortions aren’t safe, neither are you. Jane,” on the door and sidewalk of the center, and smashed at least one window, Fox 2 Detroit reports. Local police are investigating.

Jack McGrath, board chairman for the pro-life organization, said their center also was vandalized June 24 and the damage was even worse that time. He said all 14 of their first-story windows were smashed and graffiti was written across the building and driveway, according to the Detroit Catholic.