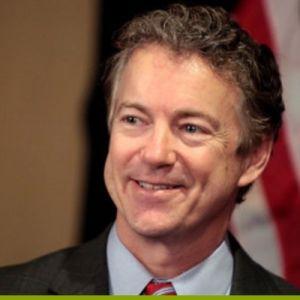 Senate Majority Leader Chuck Schumer (D-NY) and his Republican counterpart, Mitch McConnell (R-KY), sought to move forward on the aid package passed in the House of Representatives the previous day by 368 to 57, with only Republicans voting against it.

Paul is demanding that the legislation be altered to require an inspector general to oversee spending for Ukraine and without his consent, the Senate must follow a lengthy process mandated by the chamber’s rules. Paul also objected to the amount of spending proposed.
Paul said during remarks on the floor of the chamber Thursday night, “My oath of office is to the US Constitution, not to any foreign nation. And no matter how sympathetic the cause, my oath of office is to the national security of the United Sates of America. We cannot save Ukraine by dooming the US economy.”
Schumer and McConnell offered Paul an amendment vote on his proposal that would have required support from 60 of the 100 senators to pass, but Paul refused the offer and demanded the Senate adopt his amendment before voting on the aid package.
Paul said before formally blocking the package, “This is the second spending bill for Ukraine in two months. And this bill is three times larger than the first. Congress just wants to keep on spending, and spending.”
Late on Thursday, Schumer moved to limit debate on the bill, which could set up a procedural vote Monday, but it was not clear if leaders were still trying to negotiate a deal that would further speed the bill along.
read full article