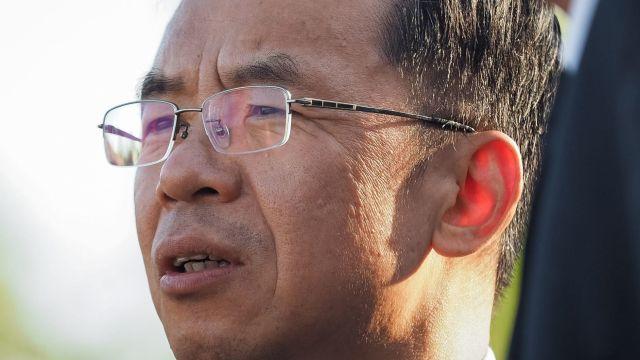 The Chinese ambassador to France commented Wednesday that China plans to subject the Taiwanese to “reeducation” in the event it successfully takes over the self-governing island, French outlet BFM TV reported.

“After reunification, we will do reeducation,” Chinese ambassador to France Lu Shaye said in an interview with BFM TV, a statement reminiscent of the so-called reeducation efforts underway in China’s Xinjiang province. China is currently staging its largest military exercises in at least six areas surrounding Taiwan sparked by U.S. House Speaker Nancy Pelosi’s controversial visit, exercises it claims are a rehearsal for a future “reunification” effort.

“The reunification of our land is our mission. … If Mrs. Tsai Ing-Wen doesn’t back down, then the Chinese government and people will not back down either,” Shaye said, according to France 24.

PREVIOUS'Prepare for the Liberal Media Meltdown of the Year': DeSantis Press Secretary Says 'Major Announcement' Coming from Governor, but Nothing 'Campaign Related' TO HOME PAGE NEXTWalmart Laying off Corporate Employees in Sign of Slowing Job Market