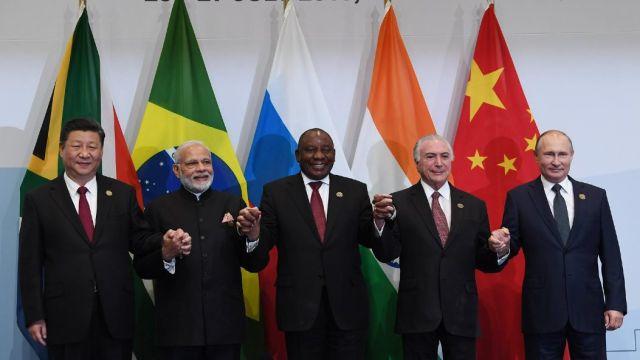 Russian Foreign Minister Sergey Lavrov stated on Tuesday that there are at least a dozen countries that want to join the BRICS alliance in opposition to the US-backed world economic order that is crumbling.

“Interest in this global association is very, very high and continues to grow. It’s not just Algeria, Argentina, and Iran. In fact, there are more than a dozen such countries,” Russian Foreign Minister Sergey Lavrov said on Tuesday at a press conference in Moscow.

BRICS currently consists of Brazil, Russia, India, China and South Africa, but they are looking to expand their power at a time when the U.S. Empire is faltering, Europe is undergoing a massive recession, and the world is in deep turmoil. BRICS is emerging as a more stable solution for countries that do not want to accept decline and ruination as the norm.

“Since the applications are already being submitted officially, of course, we expect that working out the criteria and principles for admitting new members to BRICS will not take too long,” Lavrov said.