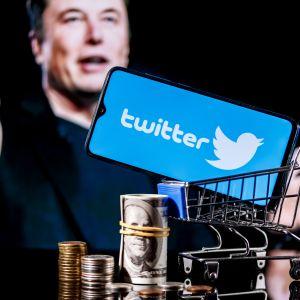 Two of Twitter’s top managers were fired on Thursday in the latest sign that the company is shaking up ahead of Elon Musk’s planned buyout.

Kayvon Beykpour, a Twitter general manager, tweeted that he is leaving after 7 years with the company. In a lengthy thread, he said that CEO Parag Agrawal “asked me to leave after letting me know that he wants to take the team in a different direction.”

“I hope and expect that Twitter’s best days are still ahead of it. Twitter is one of the most important, unique and impactful products in the world. With the right nurturing and stewardship, that impact will only grow,” Bekpour said.

“I dedicate this Tweet to those engineers and thank you ALL for the opportunity to serve alongside you. It’s been awesome. There is a lot more to do so get back to work, I can’t wait to see what you build,” Falck tweeted.

Agrawal sent a memo to Twitter staff Thursday announcing the firings and other cost-reduction measures, including a pause on new hires. The Verge reported a copy of the email Agrawal sent, which does not indicate there will be any layoffs yet.

“Effective this week, we are pausing most hiring and backfills, except for business critical roles as determined by Staff members in partnership with their HRBPs. We will also be reviewing all extended offers to determine criticality and those that should be pulled back. We are not planning company-wide layoffs, but leaders will continue making changes to their organizations to improve efficiencies as needed,” Agrawal said.