Suspect in Friday D.C. Sniper Shootings Kills Himself as Police Move In 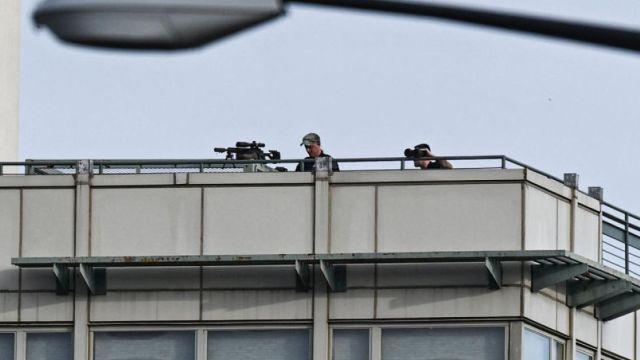 The suspect in an apparently random sniper-style shooting in Washington, D.C., on Friday killed himself as officers moved in on his location, police said late Friday night.

The alleged shooter had reportedly set up a tripod in an apartment on Van Ness Street off Washington’s Connecticut Avenue, from which he apparently fired indiscriminately at people walking below.

The shootings had injured four individuals, all of whom were reportedly stabilized by Saturday morning.

Police used amateur video of the shooting to triangulate the apparent location of the shooter; they subsequently closed in on the suspect on Friday evening, after which he allegedly shot himself.