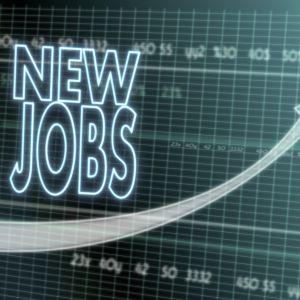 From Breitbart News — posted 3 weeks ago

The U.S. economy added 428,000 jobs in April and the unemployment rate held steady at 3.6 percent, the Department of Labor said Friday.

Economists had expected the economy to add 400,000 jobs and the unemployment rate to come in unchanged from the prior month at 3.6 percent. The range of forecasts by economists surveyed by Econoday was between a gain of 300,000 to a gain of 500,000.

The economy added jobs at a breakneck pace in the first three months of the year despite the economy contracting 1.4 percent. Employers brought on nearly 1.7 million new workers in the first quarter, an average of 562,000 a month. At the end of March, there were a record 11.5 million job openings and a record 4.5 million workers voluntarily left their jobs, usually a sign that they expect to easily find better-paying work elsewhere.