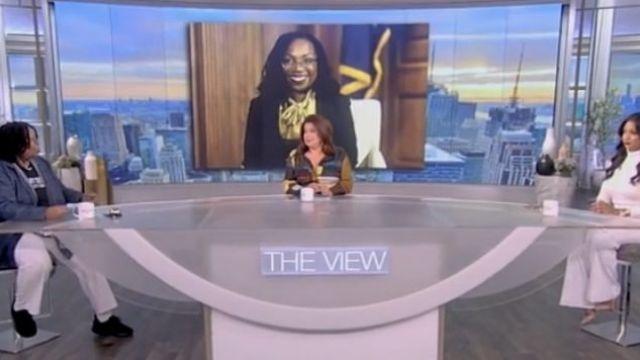 “What’s crazy, is the Republicans, like Josh Hawley, are already trying to derail her path to the bench,” co-host Whoopi Goldberg began. “Claiming that there’s past cases that showed that she let sex offenders off too easy and takes issue with the fact that she defended Guantanamo detainees — which is the law. It is literally the law! If you are detained, we must provide you with a lawyer to make sure you’re not being railroaded. That’s the law! All you got to do is look it up!”