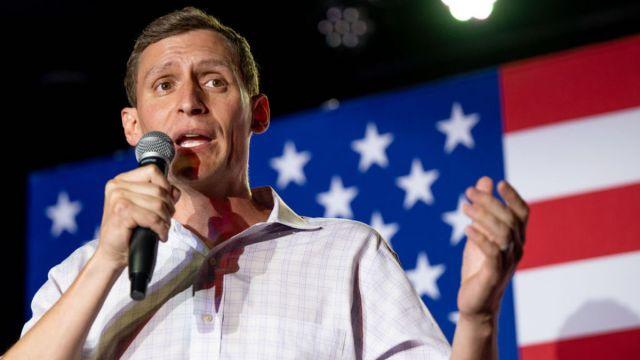 Blake Masters, with the backing of former President Donald Trump and Silicon Valley magnate Peter Thiel, won the Republican nomination to represent Arizona in the U.S. Senate on Tuesday.

Masters trailed behind Arizona Attorney General Mark Brnovich and businessman Jim Lamon for much of the race. Masters, formerly COO of Thiel Capital and president of The Thiel Foundation, surged in the race after Trump endorsed him June 2.

The race was called with Masters winning nearly 40% of the vote after an estimated four-fifths of the ballots had been counted. At the time, he held a roughly ten-point lead over his next closest competitor. Masters will take on Democratic Senator Mark Kelly, a former astronaut, for his seat in November.

Masters campaigned as a MAGA conservative and supporter of Trump’s agenda, with an emphasis on rebuilding the family. He was largely financed by Thiel, a Silicon Valley tech executive who has become increasingly active in bankrolling Republican candidates in the 2022 election.

PREVIOUSOPEC+ Agrees to Only Minor Production Hike in Slight to Biden TO HOME PAGE NEXTSeveral Trump-Backed Candidates Win Primaries, Others Too Close to Call