‘This Is Different’: Alan Dershowitz Explains Why FBI’s Treatment of Mike Lindell Is so Scary 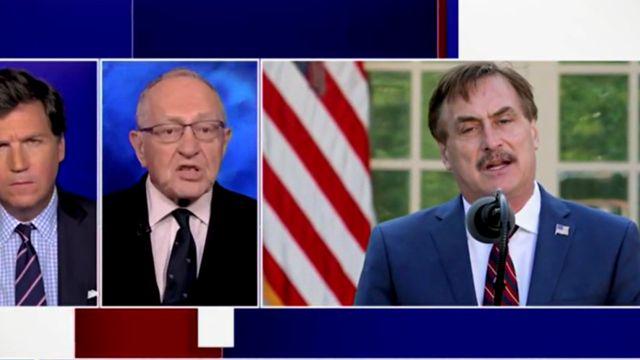 Harvard professor and lawyer Alan Dershowitz, who is representing MyPillow founder Mike Lindell, explained to Fox News host Tucker Carlson why the actions of the FBI regarding his client were “scary.”

“First of all, if they had done it to a Democrat, we would have every liberal Democrat, the ACLU, complaining bitterly. First they tracked him down. How would they know he was going to a Hardees’? Obviously they had to have some GPS or some tracking mechanism. We want to know whether they had a warrant for doing that,” Dershowitz said.

Lindell had his phone seized at a Hardee’s drive-thru by FBI agents earlier this month, ostensibly to investigate whether Lindell broke any federal statutes related to an alleged breach of election equipment in Colorado. Lindell later sued the Department of Justice for the return of his phone.

“Then if they had a warrant, they stopped him, they should have just asked him for the phone, subpoena the phone,” Dershowitz continued. “