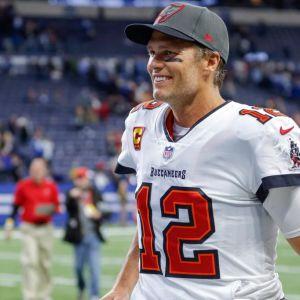 Fox Sports’ deal to make Tom Brady its lead NFL game analyst after he retires is for 10 years and $375 million, The Post has learned.

It is the largest contract in sportscasting history, as it more than doubles both CBS’ Tony Romo and ESPN’s Troy Aikman in average annual salary of $18 million per season.

Fox Sports declined comment when asked about what Brady will be paid for the games.

After losing Joe Buck and Aikman to ESPN, Fox wanted to make a splash. Buck ($15.5M) and Aikman ($18M) will make a combined $33.5 million. Brady will make $37.5 million per year to team with Kevin Burkhardt.

Besides being Fox Sports’ No. 1 game analyst, he will also be a company ambassador who will help in sponsorships and promotional activities.

In the meantime, Fox still has to find a No. 1 game analyst for this year, and maybe for a few more seasons. Fox, which has two of the next three Super Bowls including this February, has Greg Olsen as its leading candidate. However, it is unclear how Olsen would feel about being a placeholder until Brady takes over.