Trump Insists ‘I Would Win’ 2024 GOP Showdown with DeSantis 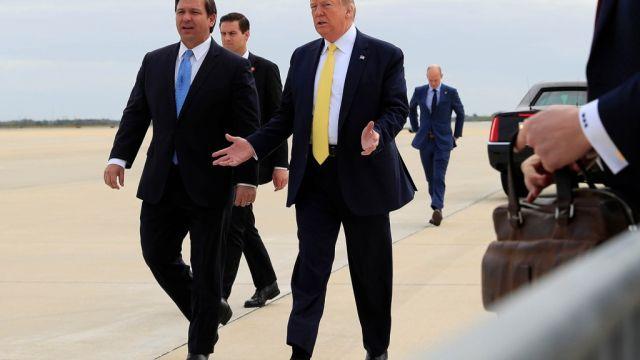 Former President Donald Trump has said he’s not worried about Ron DeSantis jumping into the 2024 Republican presidential race — but his associates are trying to kill a White House bid by the upstart Florida governor, according to a report on Monday.

“I don’t know if Ron is running, and I don’t ask him,” Trump told The New Yorker in an interview published Monday. “It’s his prerogative. I think I would win.”

The 45th president added that he was “very close to making a decision” about launching a third consecutive presidential run, which he has teased for months.

Trump and DeSantis are widely viewed as the leading contenders for the Republican nomination in 2024, and the report said that the former president claimed to have a “very good relationship” with the governor and added that “I’m proud of Ron.”​

However, the outlet claimed that Trump has become increasingly resentful of DeSantis as the Floridian’s popularity grows in Republican circles.