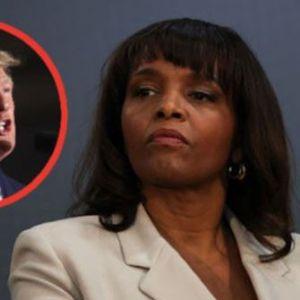 Trump Warns against Barnette: She ‘Will Never Be Able to Win the General Election’

Former President Donald Trump warned against voting for Kathy Barnette in Pennsylvania’s Republican Senate primary in a statement Thursday with less than a week to go before the election.

Trump, who has endorsed Dr. Mehmet Oz in the race, contended that Barnette is incapable of winning in the general election against the “Radical Left Democrats,” whose candidate is likely to be Lt. Gov. John Fetterman.

“Kathy Barnette will never be able to win the General Election against the Radical Left Democrats,” Trump stated.

His warning comes after Barnette surged in recent polls in a race that had initially been a two-way competition between Oz and businessman David McCormick.

Barnette’s spike in support occurred after the most recent Senate debate, in which she revealed in a compelling story that she was a product of rape and that her mother had her at the age of 12.