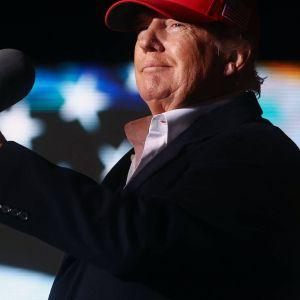 From American Greatness — posted 2 weeks ago

Following the primaries in Nebraska and West Virginia, President Donald Trump’s record of primary endorsements in 2022 currently stands at 58 wins and just one loss.

As reported by Breitbart, Trump’s big victory on Tuesday came out of West Virginia, with Rep. Alex Mooney (R-W.V.) defeating fellow Congressman David McKinley (R-W.V.) for the Republican nomination for the state’s new 2nd congressional district. As West Virginia was one of seven states that lost a seat in the 2020 census, the state’s 2nd and 3rd districts were combined into one, thus forcing both incumbents into a showdown against each other; the first matchup of its kind in 2022.

President Trump endorsed Mooney, while much of the West Virginia political establishment backed McKinley, including Governor Jim Justice (R-W.V.), Senator Joe Manchin (D-W.V.), and the West Virginia Chamber of Commerce. McKinley came under fire for voting in favor of Joe Biden’s infrastructure bill, claiming that it was good for the state. Mooney, as the Republican nominee, is now the overwhelming favorite to win the general election.

In Nebraska, President Trump saw his first primary loss of the year in the gubernatorial primary. Trump had backed businessman Charles Herbster, who was an early supporter of Trump’s first campaign in 2015, had served as an agriculture adviser on President Trump’s re-election campaign, and had previously run for governor in 2014. But Herbster suddenly found himself at the center of numerous unsubstantiated allegations of sexual harassment after announcing his candidacy, reminiscent of the infamous MeToo movement that often sought to bring down political figures by manufacturing false claims of misconduct.